Tokyo, Japan, May 29, 2013---Kyowa Hakko Kirin Co., Ltd. (President and CEO: Nobuo Hanai; "Kyowa Hakko Kirin"), announced today that it has launched NOURIAST® tablets 20 mg (nonproprietary name: istradefylline; referred to below as "NOURIAST®") that is a novel antiparkinsonian agent in Japan on May 30.

NOURIAST®, which is the world's first antiparkinsonian agent of a first-in-class adenosine A2A receptor1 antagonist, was listed on the National Health Insurance Drug Price List on May 24, 2013 after the manufacturing and marketing approval in Japan on March 25, 2013. In clinical trials in Japan, NOURIAST® improved wearing-off phenomena and was well tolerated in Parkinson's disease2 patients.

Kyowa Hakko Kirin has four strategic categories3 including the central nervous system (CNS) area, and will contribute to the treatment of patients suffering from Parkinson's disease and other CNS diseases. 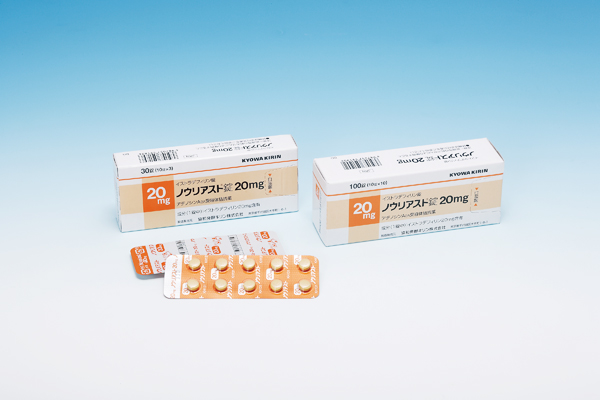 You can see this table by scrolling horizontally.